We’re on a quest to become Melbourne’s most joyful, inclusive, and collaborative not-for-profit creative space.

What we do and why

We thoughtfully convert disused buildings into ever-evolving places for creative expression and connection for artists, independent creative businesses, activists, social enterprises, and much more. Why? Because we believe that creative expression and community are the beating heart of our humanity and should be available to everyone.We place relationships first. We invite the local community into our process so we’re always adapting to what our community wants and needs.

Schoolhouse Studios is so much more than the spaces it inhabits. It’s a community, a sanctuary, a resource, an advocate, a stage, a loudspeaker, a living and ever-evolving beast that loves and challenges in equal measure. A safe space to get things wrong, right, and everything between. We don’t see those magic moments of growth and collaboration when artists collide as happy accidents. To us they’re a hard target. They’re built into our model because we know these moments are the most valuable thing we offer our community. 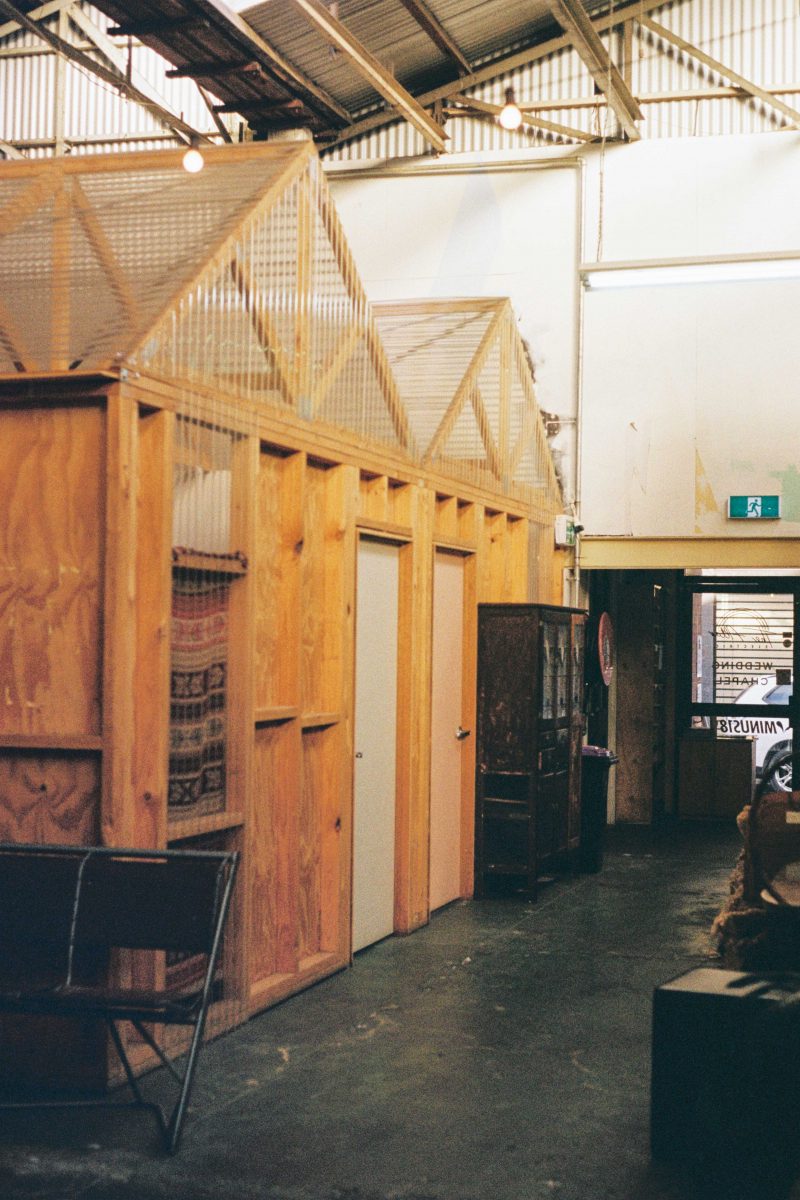 We’ve been around for a decade now and in that time we’ve supported more than 1,500 creatives and held more than 1,800 art and cultural public events.

But SHS started with a simple vision, that of Alice Glenn and Elizabeth Barnett to establish a space for their creative practice that was more community-focused than what they felt was around at the time, especially in terms of welcoming the young kids they were both juggling. When the Abbotsford site opened its doors in 2012, the dream was realised for 25 creatives with a gallery, orchard, creative events and many, many parties.

Since then Schoolhouse Studios hasn’t stopped. In 2015 we relocated to Collingwood and opened another site in Brunswick, allowing over 140 artists to join the SHS community. Between the two sites we were proud to boast a woodworking and tool room, cafe, gallery, bar, event spaces, and of course, a village of artist studios. Over the years, we’ve brought together filmmakers, graphic designers, activists, photographers, prop designers, social enterprises, performance and drag artists, painters, fashion labels, illustrators, and more.

Now, we are growing again and have secured our dream home in Coburg! Come check out our events, gallery, or studios and join this vibrant, diverse and thriving little bunch of creatives!

After working in the documentary and arts industry for the last 15 years, Hollie is thrilled to be the Director of Schoolhouse Studios.

Hollie is also the Director of Australian Programs at Doc Society, serves on the Board of the Australian International Documentary Conference (AIDC) and the Castlemaine Documentary Festival (CDoc) and as an award winning documentary filmmaker, Hollie’s films have screened in over 35 countries. In her previous work she has been a freelance tutor in Documentary Directing at NIDA and AFTRS, Co-Director of The Artists Guild and selected for MECCA Shark Island M-Power Program. 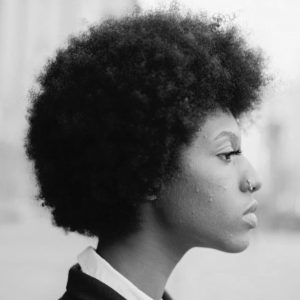 Born in Atlanta, Georgia to an African DJ father and an Indian accountant mother, her life from a young age has always been filled with a balance of creativity and professionalism. With a background in music production and theatre, Cerina has always been immersed in the creative arts.

In high school, she found her passion for writing and a drive to make creative decisions behind the camera. Identifying as a queer third culture woman of colour, the pain of watching people who looked like her continuously demonised and scrutinised within media, made her quickly set out to change these injustices. She now does this through creating authentic, accurate portrayals of people within the communities she’s a part of. 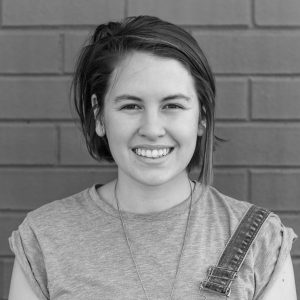 Kat Carrington is a creative producer and event coordinator working primarily in theatre and live performance. She is interested in working with others to facilitate creativity; providing administrative support to artists so they can focus on their creative practice. She has spent the last three years working with students at La Trobe University coordinating the student theatre and film program, producing many shows, events, and projects on the Bundoora campus. When not producing theatre, Kat loves watching shows, hiking, and feeling the sand between her toes at the beach. Add to this, Kat is a bookkeeper with a degree in Economics and her strong administrative skills lead herself to helping creative communities as an Operations Manager. 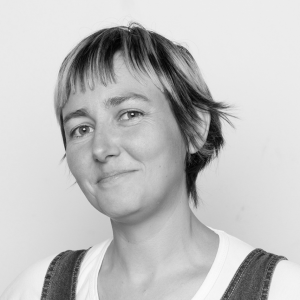 CHAIR OF THE BOARD

Alice Glenn is a collaborator, entrepreneur and leader in the Australian community arts sector.

​She is the founder and former CEO of Schoolhouse Studios. Alice is also the founder and the Director of the global dance organisation, No Lights No Lycra. Established by Alice in 2009, the business now operates in more than 75 communities globally.

With over a decades experience in business management, and a sustained commitment to community and cultural development, Alice is driven in her work by her beliefs in community, inclusiveness and diversity. She is dedicated to utilising her knowledge and leadership strengths to foster collaboration and connections between artists, business and communities—from the grassroots to the global.

Currently Alice is the Youth Program Co-ordinator at The Wheeler Centre in Melbourne. 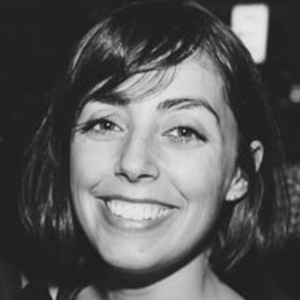 Andrea Distefano has worked in the creative industries for over 15 years across film, documentary, cinema programming and business management. She was born on Wurundjeri country to Italian parents, and is now based on Dja Dja Wurrung country. Andrea’s passion for values-led storytelling and cultivating inclusive communities intersects in her current role at creative agency GARUWA. 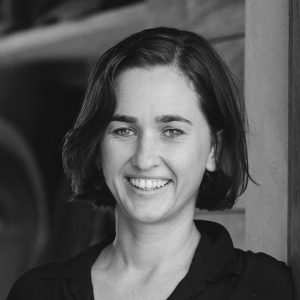 Sophie is a lawyer and works on competition investigations at the ACCC. She is also working on her first novel.

Sophie is an Assistant Director in the Competition Enforcement Division of the ACCC. Previously, she was a Senior Associate at Allens. She trained as a solicitor at Herbert Smith Freehills in London. She has spent time on secondment at BSkyB and Foxtel and was the Judicial Associate to Lord Dyson, Master of the Rolls at the UK Supreme Court. She holds a Masters of Law from Cambridge University, a Bachelor of Laws (Honours) from Monash University, and a Bachelor of Arts from Melbourne University. She has published six articles in academic journals. 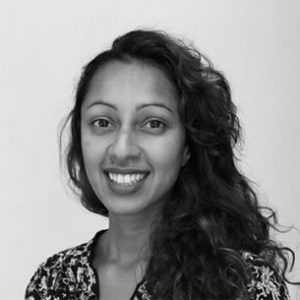 Andrea fundamentally believes in the power of business as a catalyst for major social and environmental change. She currently advises start-ups, non-profits, corporates and individuals on business and personal sustainability, systems thinking, social innovation and impact. She is committed to changing the way we work and do business to ensure the future wellbeing of communities and the sustainability of our planet. Andrea’s expertise includes strategy, policy, social ventures, impact-driven business and coaching young professionals.

Andrea is an Ambassador for B Lab Australia and New Zealand, and was most previously Executive Director. Here she led the team and it s 300+ B Corps to embed positive social and environmental impact across all aspects of business and build a movement of people using business as a force for good. 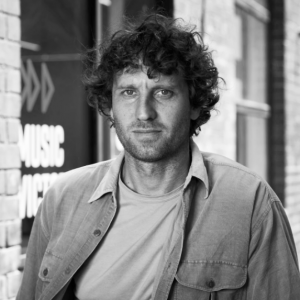 Dale is the General Manager of Music Victoria. Prior to the role, Dale spent years touring the world with many successful bands as a tour manager, sound engineer, artist manager and musician. He also managed the touring department at Regional Arts Victoria, coordinating events around Australia that connect artists with new audiences and opportunities. He also runs Club Kids Music Academy an electronic music project for kids. 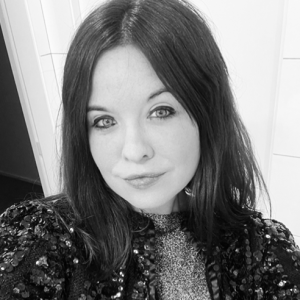 Hayley Percy is a Wiradjuri woman living and working in Melbourne. She is a highly experienced event producer, marketer, curator, and project manager who has worked within the creative, entertainment and music industries for 15+ years.

Hayley has varied professional experience across the industry with a strong background in large high impact public events, as well as large scale project management.

She is currently the Music Program Producer for RISING Festival. Taking the place of the Melbourne International Arts Festival and White Night Melbourne, RISING is a major cultural event for the Asia Pacific Region.

Her background in major events has afforded her a vast network within the music, media, promotional and sponsorship landscape and she has a broad skill set in ensuring high impact launches of products and events alike.